Susan Berliner is the author of the supernatural thrillers "DUST," "Peachwood Lake," "The Disappearance," "Corsonia," "After the Bubbles" and "Soldier Girl," and two short story collections: "The Sea Crystal and Other Weird Tales" and "George's Mother and Other Weird Stories."

Susan Berliner has been a nonfiction writer for nearly her entire career. She had originally planned to be an elementary school teacher, but left after a year to become a newspaper reporter for Fairchild Publications. She covered men's retailing for Daily New Record, a men's wear/textile trade newspaper, which was the "brother" paper of Women's Wear Daily.

After Susan's children were born, she switched to freelance writing--mainly in education--publishing several book series dealing with editing skills, language arts, and standardized testing. She has also created teachers' guides, student activity sheets, and test passages. During this time, Susan was the project editor for a national science magazine for elementary school students and edited subject-related manuscripts for children in grades 7 and 8. In addition, she freelanced as a local reporter, covering board meetings for the North County News, a weekly newspaper in Yorktown Heights, New York.

When she returned to work full-time, Susan became the promotion manager of the Yorktown PennySaver, a job she held for 20 years. She created many original weekly contests--Phony Ad, Rhyme Time, and PennySaver Prophet.

Susan lives with her husband, Larry, in Yorktown Heights, where she continues to write test passages and short stories. 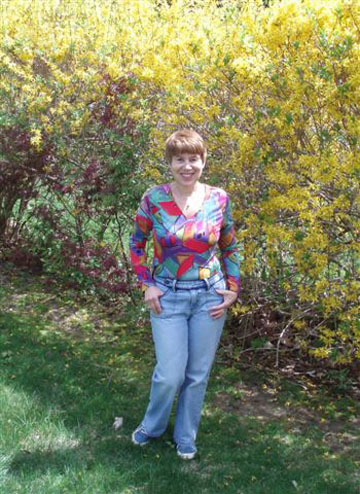