Susan Berliner is the author of the supernatural thrillers DUST, Peachwood Lake, The Disappearance, Corsonia, After the Bubbles and Soldier Girl, and two short story collections: The Sea Crystal and Other Weird Tales and George's Mother and Other Weird Stories.

Here is an excerpt from each book:

Doing the Write Thing: A Memoir 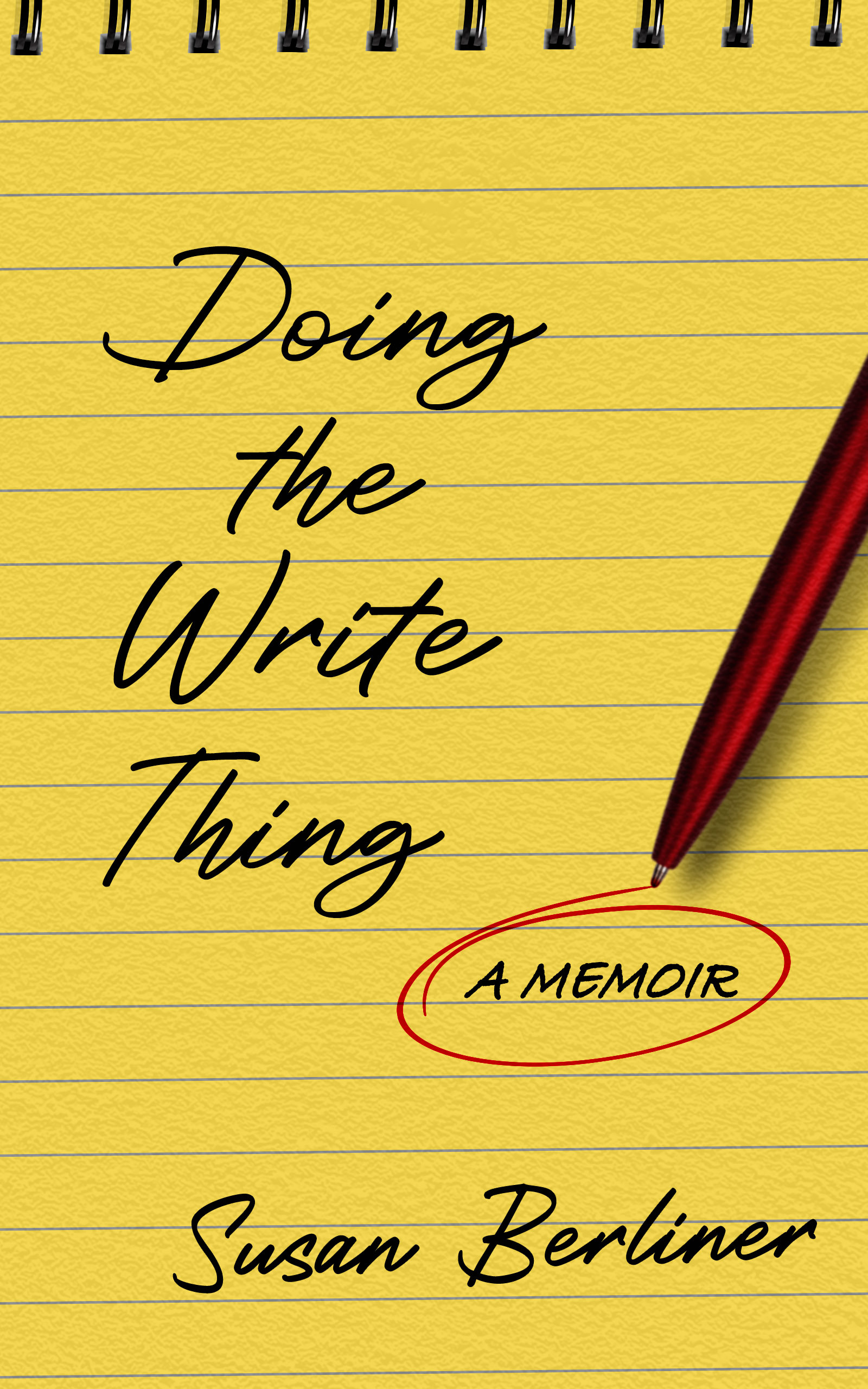 (from "Weird Things Really Do Happen")

When I arrived at a signing event at the Tazza Café in Somers, I discovered the electricity had suddenly gone off moments before.

When did the power come back on? The café owner escorted me to the restroom several hours later and just as I flicked on the light switch—forgetting we had no power—the electricity returned.

That experience gave both of us goose bumps. "Do you have paranormal abilities?" the man asked.

It was an interesting question. Could writing DUST have given me some kind of supernatural talent?

Apparently not. According to news reports, heavy winds had knocked down a nearby power line. So much for my new career as Electric Woman.

George's Mother and Other Weird Stories 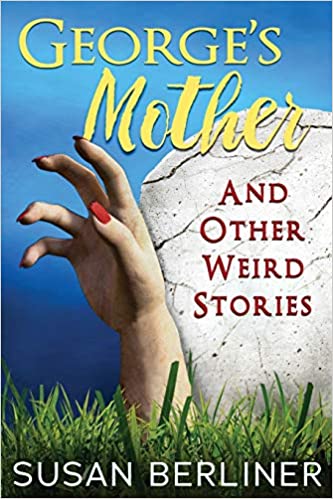 "Stop staring at me, Georgie. You're making me nervous."

"I'm making you nervous?" George shouted. "You're supposed to be dead! I saw your body inside the coffin!"

"Mistake! You had a heart attack! You died! There was a big funeral—with all our relatives and your friends." George shook his head. "This can't be happening."

Book One of The Touchers 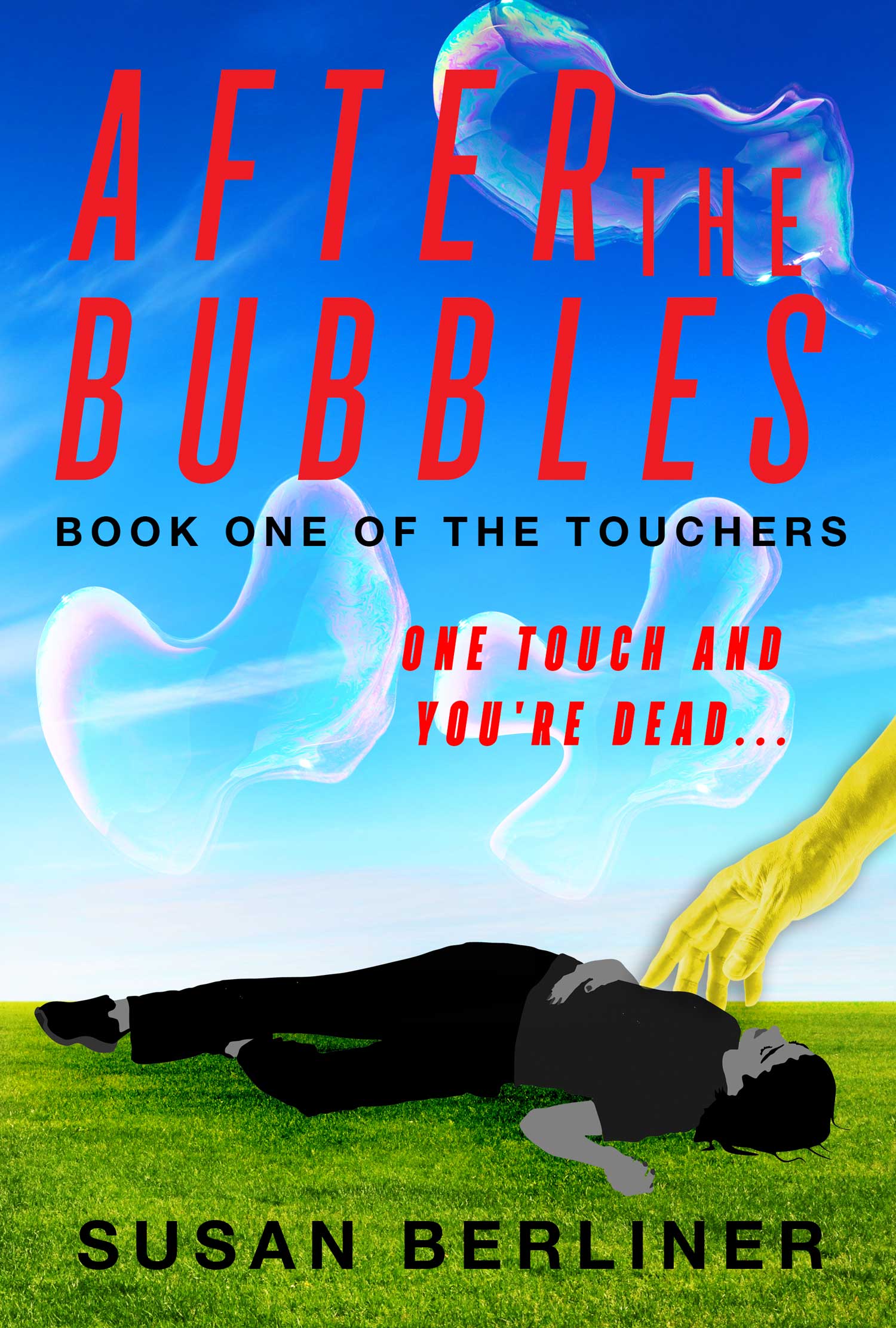 "And then I found this, which is supposed to be from Mexico, if it's true..."

The screen showed a little baby in a busy city street. The baby was lying on top of a woman, maybe its mother, who had collapsed, and it seemed to be crying. Its mouth was open—but there was no sound with this picture so you couldn't hear anything. Around the baby, piled up on the floor, were about twenty people, all of them in crumpled positions, and all of them looked like they were dead.

"What do you think happened?" Mom asked me.

"I think a bubble landed on this baby and now lots of people want to help it, but whoever touches the baby just falls down and dies."

Book Two of The Touchers 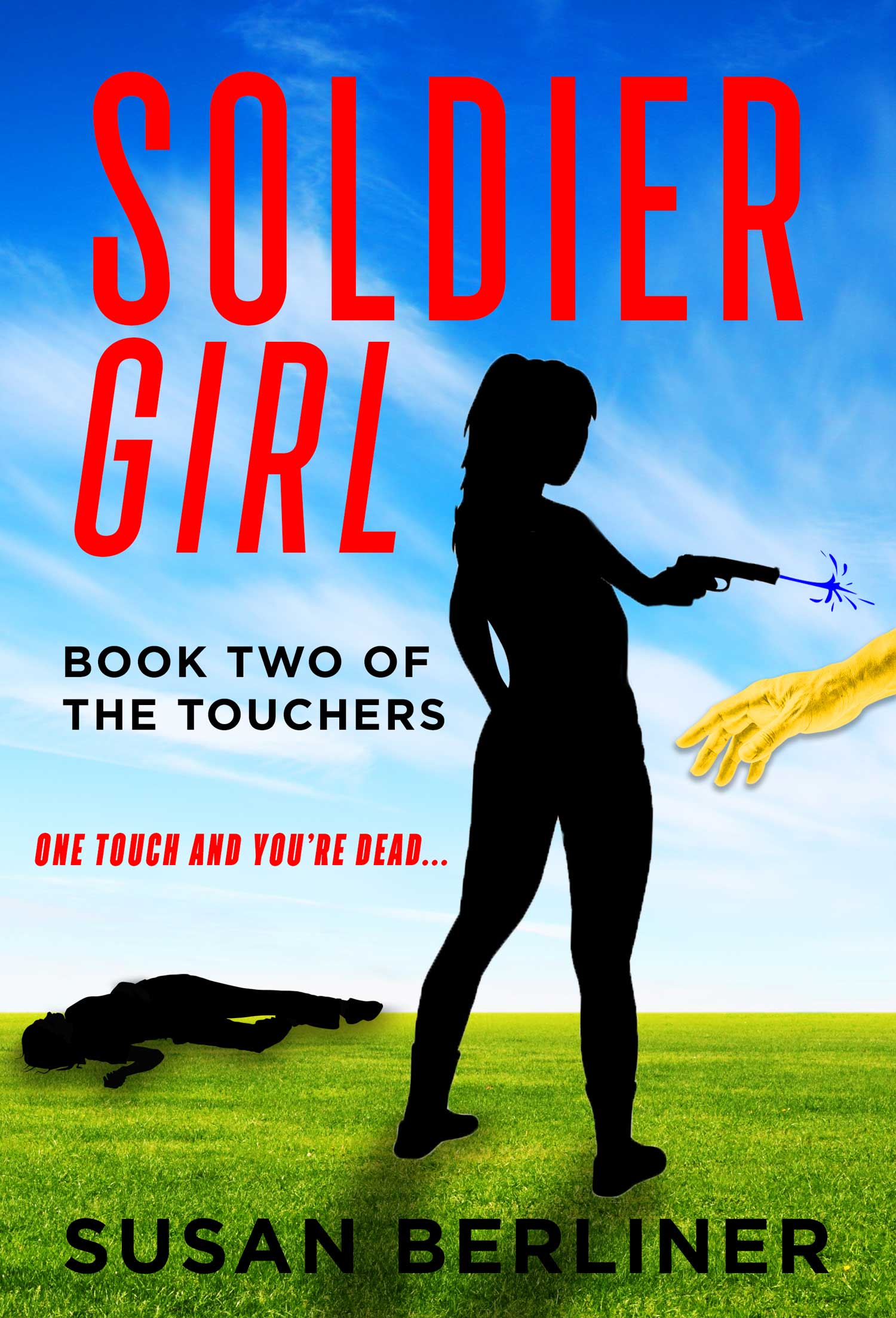 Picking up a broken piece of glass, Blaine threw it at the boy toucher, who'd finally finished wiping the water from its face. The glass landed on the thing's arm, but then bounced right off—no cut, blood, or anything. The toucher looked in our direction, but remained near the Jeep.

"They're like Superman," I said as we reached the gray house, remembering that bullets didn't work either. "Nothing seems to hurt them."

"The army's water does," Blaine pointed out. "That's their kryptonite."

The Sea Crystal and Other Weird Tales 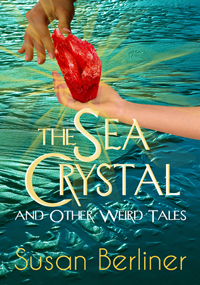 Neal entered the bathroom apprehensively, even brushing his teeth without looking at the mirror. But then he felt foolish. Scared of my own reflection? Cautiously, he raised his head and examined his face. The reflection looked okay.

The mirror mouthed the word.

Neal smiled and took a deep breath. Everything was fine. He figured he must have been more exhausted yesterday than he'd realized. Maybe Mom was right...

As he watched, the face in the mirror shook its head. "No," the reflected image mouthed, lips moving silently. 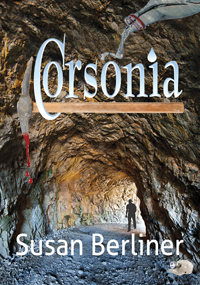 "Didn't the guy there say not to drink the water?"

"Yeah. What's the matter with it?"

The man shrugged. "I got no idea. But no one can drink that water unless they live in that town and the people there are real weird. They do their own thing."

"He talked funny and didn't look at us," Tracie said, nodding.

"We call Corsonia, 'Hippy Town.' Them people all live together and don't have nothin' to do with any other folks. The men all got long hair and beards. It's like the communes that they used to have back in the sixties--flower power, drugs, and that kind of thing.

Probably share wives and kids too. We're right near the Utah border so that sort of stuff happens."

"Ryan," she whispered, nodding her head. That's how he escaped. He wasn't hiding in some faraway hotel room; he was holed up somewhere in the past. And the key element wasn't where he was. It was when.

Maybe he was living in the same time she was in now, just one day behind. But he could also be hiding at another time in the past...And if the time Ryan was in differed by just a mere second, she might never be able to find him. "What a mess," she whispered, taking a sip of water.

Quickly, Jillian put down the bottle. Right now, Ryan wasn't her main problem. What about her? Was she stuck here, trapped forever in the wrong time? 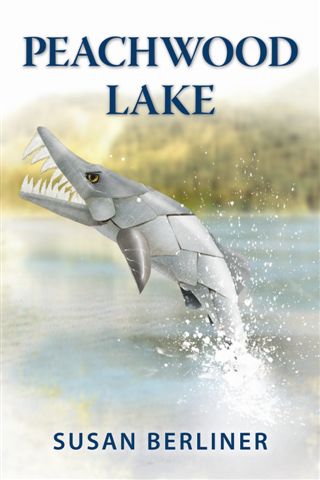 "It was really weird," Kady said. "At first I heard some kind of strange noise...I think Mr. Urloch was fighting with a fish in the boat."

"What do you mean 'fighting with a fish'? Was the fish so big that the man was struggling to get it off his pole?"

"No. That's not what happened." She spoke quietly and gazed at the ground. "I think this fish jumped into his boat. Then it was biting his neck."

"So the dust can strike at any time," Jerry continued. "You saw it at twilight and evening. We both saw it in the middle of the night, and yesterday it showed up in the afternoon."

"The dust's picked up and thrown a porcelain figurine, a watch, a baseball, and scariest of all, a person...Marion." Karen's eyes teared when she mentioned her neighbor's name.

"So all we have to do is find a way to stop something that can appear and kill us at any time, with no warning," Jerry said. "Sounds easy enough."

Karen shook her head and sighed.